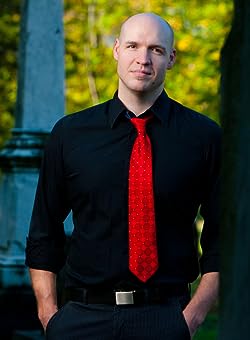 John Edgar Browning is currently a Marion L. Brittain Postdoctoral Fellow at the Georgia Institute of Technology. He took graduate and undergraduate degrees in English from Florida State University (2003) and the University of Central Oklahoma (2006) and finished the coursework for a Ph.D. in English at Louisiana State University (2011) before transferring to American Research at SUNY-Buffalo at which he completed his PhD in 2014. For the past eleven years he's taught at universities across the northwest, south, and southwest.

Browning has recently contracted or printed over 12 academic and popular trade books and more than 60 articles, book chapters, and reviews about topics that audience around Cultural Studies, Horror, both the Un-Dead, Bram Stoker, and the Gothic. He has also guest appeared on National Geographic's Taboo USA (2013-) as well as The Discovery Channel's William Shatner's Unusual or What? (2010-) to talk vampires.

Additionally, he spent almost 5 years conducting ethnographic studies of men dwelling in New Orleans, LA and Buffalo, NY that self-identify as vampire, and a job became a focus of his own doctoral dissertation.

John Edgar Browning has 1 products available for sale in the category of Books.

John Edgar Browning is rated 10 out of 10 based on 1 reviews.