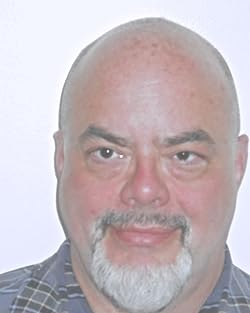 My printed novel came out in September 2013. I have printed about 5 million words that I got paid for. So I am an abundantly writer that is published.

For viewers who are wondering where to start with my work, the most common suggestions are Orbital Resonance, A Million Open Doors, Mother of Storms, Encounter with Tiber, or Tales of the Madman Underground. But no one enjoys all five of those books--I compose a range that is broader than folks read--so you may want to turn a few pages before buying. My are Mother of Storms 51, and the 2 collaborations with Buzz Aldrin. My 3 hottest series start with A Million Open Doors, Directive 51, also Patton's Spaceship. Nearest my heart are One for the Morning Glory, Tales of the Madman Underground, and The Sky So Big and Black. And also the most fun was had in writing Payback City Gaudeamus, and Raise The Gipper!

I'd like to teach in the Communication and Theatre program at Western State College. I got my PhD from the early 90s at Pitt, masters degrees in U of Montana from the mid 80s, bachelors at Washington University from the 70s; worked in New Orleans from the early 80s for Middle South Services. For a few years I did paid blogging mostly about the math of advertising evaluation at All Analytics and TheCMOSite. More lately, innovative technology stories in the Government department of Information Week, space was coated by me.

If some of this is recognizable to you, then, I am THAT John Barnes.

That I have also become aware of at least 72 Johns Barneses I'm not. One of the more interesting ones I am not:
1. The Jamaican-born British footballer who scored that remarkable purpose against Brazil
2. The occasional Marvel bit part who is the grandson of Captain America's sidekick
3. That the Vietnam-era Medal of Honor winner
4&5. The lead singer for the Pl

John Barnes has 3 products available for sale in the category of Books.