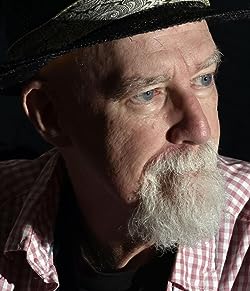 John McManamy is an award-winning psychological wellness writer and advocate. His 2006 publication, Living Well with Anxiety and Bipolar Disorder: What Your Doctor Doesn't Tell You That You Need to Know has helped many thousands of individuals and loved ones. Sue Bergeson, then President of the Depression and Bipolar Support Alliance called it "the ideal book for all those living with mood disorders."

Recently John McManamy participated on the rough Bipolar Expert Series,what's going to function as a six-book publishing project aimed at helping people who have bipolar eventually become their own expert patients. His first publication in the series, NOT JUST UP AND DOWN: UNDERSTANDING MOOD IN BIPOLAR DISORDER, was published in November.

Claims Nassir Ghaemi, Professor of Psychiatry and Pharmacology at Tufts Medical Center: "John McManamy has produced a brilliant book, north of normal, south of crazy. It is as good an education about depression and depressive states, and about psychiatry in general, as I've seen in one area ..."

His next publication from the series, released a year later, IN SEARCH OF OUR IDENTITY: UNDERSTANDING BEHAVIOR IN BIPOLAR DISORDER, is the first publication to investigate behavior in a bipolar perspective.

Future publications in the series will handle recovery, the brain, cure, and relationships.

John McManamy, a former financial journalist, who has been diagnosed with bipolar illness in early 1999, and began exploring and writing about his illness shortly after. He's also been involved in dealing with mental health advocacy and service groups, including NAMI and DBSA. When he's not engaged in psychological health activities, he is looking after his own mental health, including getting out in nature and playing the didgeridoo.

John McManamy has 1 products available for sale in the category of Books.