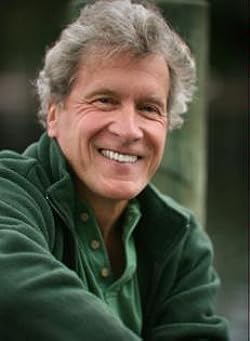 John Perkins advises corporations, executives, and entrepreneurs on approaches to create the transition from a Death Economy (exploiting resources that are falling at accelerating speeds) into a Life Economy (cleaning up pollution, recycling, and other technology which create life-styles millennials wish to inherit).

An former Chief Economist in an global consulting company and CEO of a successful alternative energy company, he's famous for his "Confessions of an Economic Hit Man" (NY TIMES bestseller for 70 weeks, printed in more than 30 languages). His "The New Confessions of an Economic Hit Man" (Feb 2016) delves deep to international systemic difficulties and describes what we could do - individually and collectively - to correct them. He has also written several publications on Indigenous civilizations, including "Shapeshifting" and "The World Is As You Dream It."

John is currently a founder of Dream Change and The Pachamama Alliance, nonprofit organizations that partner with indigenous individuals to protect environments which offer global plans to turn the Death Economy into a Life Economy.

John has lived four lives : as an economic hit man (EHM); since the CEO of a thriving alternative energy company, who had been rewarded for not revealing his EHM past; as a expert on native cultures and shamanism, a teacher and writer who used this experience to promote ecology and sustainability whilst continued to honor his vow of silence about his life as a EHM; and as a writer that, by telling the real life story about his extraordinary dealings within an EHM, has exposed the sphere of global intrigue and corruption that is turning the American republic to a global empire despised by increasing numbers of individuals around Earth.

To find out more about John and his work, visit www.johnperkins.org. You can also join in johnperkinsauthor Facebook together or follow him

John Perkins has 5 products available for sale in the category of Books.