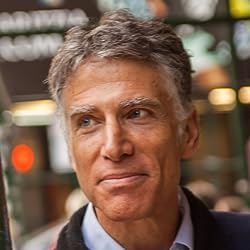 John began his career as a literary agent, movie studio manufacturing executive and film producer. In such capacities, he was responsible for movies such as "Diner," "The Year of Living Dangerously," "Pink Floyd The Wall," "Bill & Ted's Excellent Adventure," and "The Power of One" A co-founder of Village Roadshow Pictures in 1988, he pioneered U.S./Australian co-productions in Mid

John Tarnoff has 1 products available for sale in the category of Books.