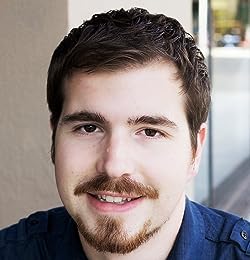 John is the CEO and Founder of Jesus' Economy, dedicated to creating jobs and churches from the world. As part of his job as CEO, he serves as a teenager with Resurrect Church Movement, devoting domestic churches to effectively alleviate poverty and plant house churches.

John is the General Editor of both Faithlife Study Bible and also Lexham Bible Dictionary and also the author or coauthor of 12 books, including Resurrected Servant in Isaiah, Cutting Ties with Darkness, the most popular daily devotional Connect the Testaments, along with multiple Not Your Typical Bible Study volumes.

John is an international speaker who has preached at mega churches, keynoted big occasions, and has been featured on podcasts and the radio.

Previously, John served as foundation Publisher of Lexham Press for Faithlife Corporation (manufacturers of Logos Bible Software) and since Editor-in-Chief of Bible Study Magazine, a product that he established.

John has served as Treasurer and chapel speaker to get a homeless rescue assignment, as President to get a church startup, and since Co-Chairman to get a government appointed advisory board. John also led and co-founded a parachurch ministry also was a Community Relations Coordinator for a growing world non-profit. John journeys regularly with his spouse Kalene and his puppy Milton, arming churches across the U.S.. He is from Alaska.

John D. Barry has 1 products available for sale in the category of Paid in Kindle Store.