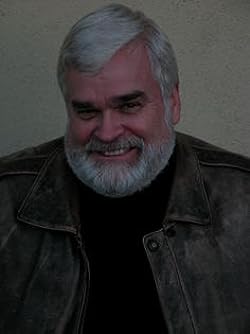 In his more than fifty years on planet Hollywood, John Wilson has noticed over 4,500 films, most of them since the founder of the Golden Raspberry Award Foundation and founder of the RAZZIE Awards, which have dis-honored Worst Achievements in Film since 1980. He was recently saluted by E!TV as "the foremost authority on all things that suck on the big screen."

A staff film critic in The Daily Bruin while attending UCLA's prestigious movie/TV studies app, Wilson's lifelong film mania is the end result of a childhood spent skipping school to take a seat in the bleachers at a few Oscar ceremonies and significant film premieres in the 1960s, staying 'till all hours along with his parents seeing middle-of-the-night reruns of LOST HORIZON and also SUNSET BLVD, along with being a subscriber to Variety from the tender age of 12.

As an adult, Wilson has spent more than thirty years as a manufacturer, copywriter, and creative adviser for all entertainment industry clients. He's worked on hundreds of movie campaigns, such as these Disney reissues like PINOCCHIO, LADY AND THE TRAMP, three of those four Christopher Reeve SUPERMAN movies, and those for the first three STAR WARS films, and 101 DALMATIANS. He's worked for CBS, PBS, HBO and the Playboy Channel, and worked on such projects because a three-minute retrospective look at MGM/UA's famous video library, the EPK (electronic press kit) for the Academy Awards, and hundreds of on-air promos for Fox Movie Channel.

Wilson's very first book, a set of film-still-illustrated cinematic cliche's entitled EVERYTHING I KNOW I LEARNED AT THE MOVIES, was published in 1995. His present novel, THE OFFICIAL RAZZIE MOVIE GUIDE, that lists his decisions as the 100 funniest awful films ever made, appeared on the Los Angeles Times Best Seller List.

John Wilson has 3 products available for sale in the category of Books.