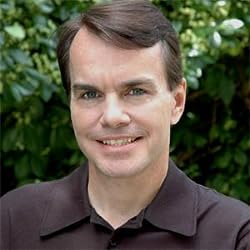 Jon Chappell is an writer, editor, author, and guitarist. He began professional life as multi-style guitarist, transcriber and arranger, attending Carnegie-Mellon University where he studied with guitarist Carlos Barbosa-Lima, then making his master's degree in composition in DePaul University.

Jon functioned as editor-in-chief of Guitar Magazine, and is now founder and the earliest editor-in-chief of Home Recording Magazine. He has played guitar and listed together with Pat Benatar, Judy Collins, Graham Nash, along with Robert Cray, also has given many musical pieces to film and TV. A few of these contain "Northern Exposure," "Walker, Texas Ranger," "Guiding Light," and the feature film "Bleeding Hearts," directed by actor-dancer Gregory Hines. He is the author of highly successful books in the Dummies series, such as "Blues Guitar for Dummies," "Guitar for Dummies," and "Rock Guitar for Dummies." He's written a few books on recording, including "The Recording Guitarist: A Guide for Home and Studio," released by Hal Leonard; "Build Your Own PC Recording Studio" (McGraw-Hill); and "Digital Home Recording" (BackBeat Books). For more information visit www.jonchappell.com.

Jon Chappell has 3 products available for sale in the category of Books.