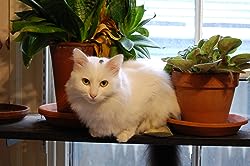 John Lauritsen has been busy in the Gay Liberation movement because the summer of 1969 — some part of the New York Gay Liberation Front, Gay Activists Alliance, Gay Academic Union, along with Columbia University Seminar on Homosexualities. He's been well known as a homosexual historian since his first publication (co-authored with David Thorstad) The Early Homosexual Rights Movement (1864-1935). He's written for many publications, such as New York NativeAmerican Christopher Street, Civil Liberties Review, Gay News (London), The Freethinker (London), SPIN, The Lancet, Bio/Technology, The American Dissident, and Journal of Homosexuality. His writings have been translated into German, Italian, Italian, Spanish, French, Portuguese, Danish, Swedish, and Norwegian.
For the past two years he has focused on the English Romantics, particularly Percy Bysshe Shelley, and has been a part of the North American Association for the Study of Romanticism (NASSR). He's written five novels in this area.
After residing in New York for thirty Decades and Provincetown for eight Decades, he now lives in Dorchester (a part of Boston) Massachusetts, in a Victorian home, with a Turkish Van cat named Freya. He is a denizen of the Boston Athenaeum and Widener Library.

John Lauritsen has 1 products available for sale in the category of Books.

John Lauritsen is rated 6 out of 10 based on 8 reviews.