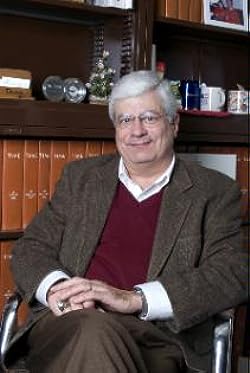 AVAILABLE FOR SIGNINGS, READINGS, AND LECTURES: contact author at: rgreene@cazenovia.edu

John Robert Greene is the Paul J. Schupf Professor of History and Humanities at Cazenovia College, Cazenovia, NY, where he has taught for the past thirty-eight years. He's the manager of the Social Science program, also functions as the College Archivist.

Dr. Greene's teaching and writing specialty lies in American Political History, particularly the presidency. He has written or edited books.

His latest book is that I Like Ike: The Presidential Election of 1952 (2017). Of his revised and updated edition of his critically acclaimed The Presidency of George Bush (2015), '' Lewis Gould, author of many highly praised books about the American presidency, wrote: "The revised version of Bob Greene's analysis of the George H. W. Bush presidency is much better compared to the very good first edition. Wise, balanced, and playful, Greene's narrative does ample justice to an administration whose accomplishments and failures deserve only this sort of lucid, fair-minded, and absorbing treatment"

Greene's other books include one on the election of Dwight Eisenhower, one about the Nixon presidency, three on the Ford presidency, a biography of Betty Ford, three on the presidency of George H.W. Bush, and one about the presidency of George W. Bush. His America from the Sixties (2010) is rich in both anecdotes, stories, and thoughtful analysis, as it uses the writer's three decades of teaching and publishing on that fascinating and explosive period. Of his four books about the history of higher education, his Generations of Excellence: A History of Cazenovia College continues to increase funds for scholarships at Cazenovia College. He is presently upgrading his a history of this presidential election of 1952.

Both his students and his colleagues have admired Dr. Greene. He had been

John Robert Greene has 1 products available for sale in the category of Books.

John Robert Greene is rated 8 out of 10 based on 2 reviews.