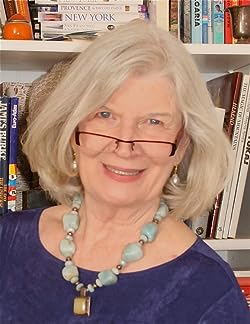 Judith Horstman is an award-winning journalist who writes about medicine and health. She has written and edited, also has been a Washington correspondent, a journalism professor, also a Fulbright scholar in just about any medium including the web, newsletters health books, radio, video, newspapers, annual reports and publications.

She and her aging brain reside in California near her children and grandchildren, and travel as widely and often as you can. She is a public speaker and a writing coach and can be available for interviews, talks and workshops. Email her in info@judithhorstman.com

More about author and teacher Judith Horstman:
Her journalism career spans 40 Decades, from a small-town newspaper, The Ithaca Journal, to USA Today and Gannett News Service in Washington, D.C.. In 1986, she was given a Knight Science Journalism Fellowship at MIT. From 1988 to 1994, she taught journalism in Keene (N.H.) State College, Oregon State University, Santa Clara (Calif.) University, and also at Budapest, Hungary, where she had been awarded unmarried Fulbrights to set up the American Journalism Center and lecture at universities throughout Eastern Europe. While living in Hungary, she composed the text to a book of photos by Pulitzer-prize winning photographer Tamás Révész, "Open Air." (http://www.revesz.net/americanwest.html)

Judith Horstman has 2 products available for sale in the category of Paid in Kindle Store.

Judith Horstman is rated 8 out of 10 based on 95 reviews.