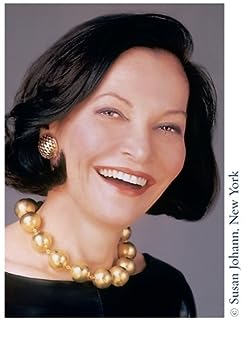 Ms. Price graduated with honors, from the University of Pennsylvania. After attending the graduate Faculty of Economics at Columbia University and a term at the National Bureau of Economic Research, she entered Time Magazine as a business reporter also had been active in the New York cultural world as head of the Art Lending Service along with the Corporate Art Advisory Service in the Museum of Modern Art.

Ms. Price remains busy in New York City events because a board member of the Upper East Side Historic District, and also President of the Avenue Association--a public, non-profit base dedicated to art and preservations jobs. She's a founding Member of this Committee of 200, and also as a part of the Young Presidents Organization that she co-chaired the 1986 International University in Paris. She is creator of the Young Architects Prize at the Museum of Modern Art at New York; and a part of the Friends of the Musée Carnavalet in Paris.

Ms. Price is founder and President of the National Jewelry Institute, the country's first fine jewellery museum. The National Jewelry Institute launched its first exhibition, Masterpieces of Western jewellery, at New York in 2004, before opening in London in Somerset House and at Paris at the Musée Carnavalet. Subsequent exhibitions in the United States and Europe include: Treasures of the Titans; Masterpieces of French Jewelry; Lorenz Baumer: The Creative Process of some Jeweler; Olympic Gold; Designer Showcase New York; and Designer Showcase Paris. In 2009 the National J

Judith Price has 1 products available for sale in the category of Books.