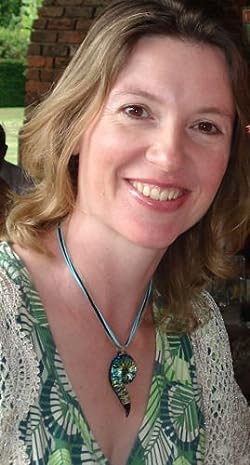 My journey to becoming an author was a roundabout one, carrying in many professions. I was raised on the edge of Epping Forest (Essex, UK) and was the dreamy type of child who was constantly writing stories. After reading English at Cambridge, I decided to figure out as far as I am about the broader world so joined that the Foreign Office and served in Poland. I was taken by my job as a diplomat from the Tatra Mountains of inspecting the bottom of a Silesian coal mine, to the reduced.

On leaving Poland, I traded diplomacy for academia and required a doctorate at the literature of the English Romantic Stage at Oxford. I then combined Oxfam on conflict issues as a lobbyist, campaigning at the UN and with authorities to reduce the impact of conflict on civilians living in war zones - a reason about which I still feel passionate.

Married with three children, I now live at Oxford between two lanes, surrounded by gargoyles, beautiful sandstone buildings and ancient trees. My novels are planned by me while walking our dog on Port Meadow by the Thames or Isis.

My first book, 'The Diamond of Drury Lane', won the Waterstone's Children's Book Prize 2006 and the Nestle Children's Book Prize 2006 (formerly known as the Smarties Prize). Waterstone's also chose me as among their 'Twenty-five authors' in 2007. 'Empty Quarter' was longlisted for the Carnegie Award 2009; 'Wolf Cry' in 2010. In the Usa, 'Secret of the Sirens' won the Green Earth Book Award's honor book decoration.

Julia Golding has 1 products available for sale in the category of Free in Kindle Store.