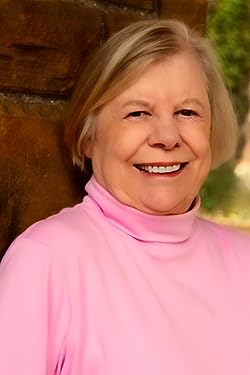 I am actually a mystery writer! Hard for me to believe as it's been my secret dream to write puzzles. Seven Kelly O'Connell Mysteries--Skeleton in a Dead Space, No Neighborhood for Old Women, Trouble at a Large Box, Danger Comes Home, Deception at Strange Places, Desperate for Death, and The Color of Fear--are all currently available in print and e-books. And Murder at the Blue Plate Café, three Plate Cafe Mysteries, Murder in the Tremont House, and Murder at Peacock Mansion, are also available. In that series, I proceed from an inner city neighborhood that is urban into a small town in East Texas.
Oak Grove Mysteries would be The Fantastic Coed along with Pigface and the Fantastic Dog, due in September 2017. These are put on a fictional college campus at Texas and feature the campus leader of security, her company along with a English professor.
My principal interest for years was that the experiences of women in the West, and I have written six adult novels with this particular motif and seven young-adult novels. Three of the adult books, now known as Western Historical Romances--Libbie, Cherokee Rose, along with Sundance, Butch and Me--are also available on Kindle, since ' Ballad for Sallie, also a novel about the late 19th-century street children in Fort Worth, Mattie, a novel about a pioneer woman doctor about the Nebraska prairie, also Sue Ellen Learns to Dance, a collection of short stories about women from the American West. Also accessible are kids books on various subjects and a memoir/cookbook (Cooking My Way Through Life with Kids and Books), . . .and other works.
Another big switch in April 2016--back to historical using The Gilded Cage, set in Chicago since it grew from swampland to host among the 1893 World Columbian Exposition, after two major historical figures: tycoon and hotelier Potter Palmer and his activist wife Bertha Honoré Palmer who fought for girls’s rights and help for the poor. A story of love, major

Judy Alter has 1 products available for sale in the category of Paid in Kindle Store.