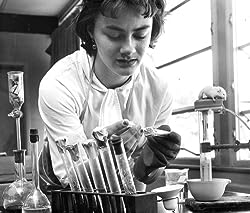 BIOGRAPHY OF JUDYTH VARY BAKER
Judyth Vary Baker (1943 -) born South Bend, Indiana, is now the American artist, author, poet and social scientist specializing in linguistics. Writer of "Me & Lee: How I came to understand, love and shed Lee Harvey Oswald," an underground best seller. Her latest novels are "David Ferrie, Mafia Pilot. . .Key to the Kennedy assassination" --about the incredible life of David Ferrie, a significant character in the film JFK, and the futuristic "Letters to the Cyborgs" --science fiction according to the current creations and the way they could destroy humanity. EARLY LIFE:Judyth was 16, she devised a modified method of getting magnesium from seawater: during interviews in the International Science Fair, she captured the interest of the CIA, scientists and biochemists if they learned of her cancer study endeavors, that were being encouraged by retired military officer and physicist Col. Phillip Doyle along with the Florida Suncoast American Cancer Society. Her fantasy was supposed to cure cancer after her beloved grandmother, Anna Whiting, died of breast cancer in 1954. Judyth's additional work in cancer research brought national attention and widespread support, culminating at the 17-yr-old's causing lung cancer in mice, with tobacco aerosols and radiation, even in only seven weeks -a feat which had not been achieved, in the moment, in the country's top laboratories. Newspaper articles chronicled her work, which was investigated, then mentored, by three doctors noted to their crusades linking cancer to tobacco products: Dr. Alton Ochsner of Ochsner Clinic, Dr. Harold Diehl (Vice President of Research of the American Cancer Society), along with Dr. George Moore, Director of Roswell Park Institute for Cancer Research. These physicians, along with Nobel Prize winners Dr. Harold Urey and Sir Robert Robinson, gave Judyth assistance and training, with a focus on melanoma and cancer viruses, explained in newspap

Judyth Vary Baker has 6 products available for sale in the category of Books.