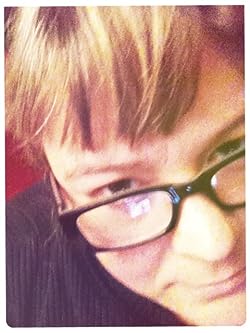 Back in 2003, Julie Jackson created a bedrock of the modern craft movement which pairs samplers with snarky sentiments, Subversive Cross Stitch. She's written two cross stitch books: "Subversive Cross Stitch: 50 F*cking Clever Designs To Your Sassy Side" (powerHouse Books, 2015) and "Subversive Cross Stitch: 33 Designs for Your Surly Side" (Chronicle Books, 2006), that has been reprinted at a Dutch version in 2009. Cards, her kits, and other gift items posture designs are available online and in retail stores all over the world. Kits, supplies, information, and countless PDF patterns can be found on her site, subversivecrossstitch.com.

Julie also established Kitty Wigs, an early contender in the online world of cat memes. Kitty Wigs was featured in fashion layouts for CosmoGirl and Harper's Bazaar Japan; also over BBC's Graham Norton and CNN's Anderson Cooper 360. Her novel "Glamourpuss: The Enchanting World of Kitty Wigs", was seen in People magazine, on Good Morning America, The Tonight Show, as well as at the National Enquirer. The book is available as an electronic edition and in several languages.

Julie is a former columnist for Craft magazine, plus a long-time copywriter/brainstormer for its kooky folks at Blue Q.

Julie Jackson has 2 products available for sale in the category of Book.