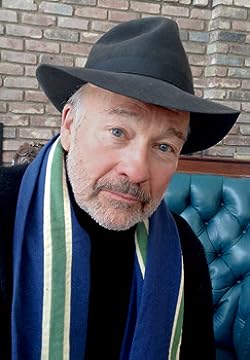 JUSTIN SCOTT has composed more than thirty thrillers, historicals, and puzzle books, including Normandie Triangle, The Shipkiller, and The Empty Eye of the Sea. With many novels placed at sea, he's been known as "the Dick Francis of yachting."
His principal pencil name is PAUL GARRISON under which he has composed five modern sea thrillers including Fire and Ice, Red Sky At Morning, Sea Hunter, The Ripple Effect, as well as also the Paul Janson series according to a Robert Ludlum personality (The Janson Control and The Janson Option).
Scott made the Ben Abbott detective show (HardScape, StoneDust, FrostLine, McMansion, and Mausoleum) and has been twice nominated for the Edgar Allan Poe Award by the Mystery Writers of America.
He collaborates with Clive Cussler on the Isaac Bell series (The Wrecker, The Magic, The Race, The Thief, The Striker, The Bootlegger, as well as The Assassin.) He lives with his wife.

Justin Scott has 1 products available for sale in the category of Books.