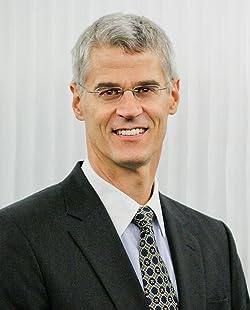 Karl Zinsmeister is the author of 12 books? Personal Givers Can Rescue America in an Era of Political Frustration. In 2016 he created the intriguing Almanac of American Philanthropy which brings to life 300 years of excellent donors and great achievements in charitable problem-solving in America. Other recent work involves a 2015 publication on how public policy is changed by informed givers (Agenda Setting), and a 2014 evaluation of the development of charter schools (From Promising to Proven). He produced a storytelling cookbook (Finger Lakes Feast) chronicling one of America's brand new hotspots for great regional food, in collaboration with his co-author daughter and photographer son.

Previous books included the very first book of Iraq war coverage to be published by an embedded reporter (Boots on the Ground), the first publication of embedded reporting about the U.S. counterinsurgency campaign (Dawn Over Baghdad), a Marvel non-fiction comic book. He has written for publications like the Wall Street Journal and The Atlantic. He and his wife made a feature documentary film entitled Warriors who aired on PBS in 2007 .

For almost 13 years Zinsmeister was editor-in-chief of The American Enterprise, a national magazine of politics, organization, and culture located in Washington, D.C. Author and former Cabinet Secretary William Bennett called it "one of America's finest magazines.... Intellectually intriguing, well-written, playful, wide-ranging, and above all helpful."

From 2006 to 2009 Zinsmeister served at the West Wing as President George W. Bush's chief domestic policy advisor and manager of the White House Domestic Policy Council. Earlier in his career he also had been an assistant to Senator Daniel Patrick Moynihan. He has testified before Congressional committee

Karl Zinsmeister has 1 products available for sale in the category of Books.

Karl Zinsmeister is rated 8 out of 10 based on 50 reviews.