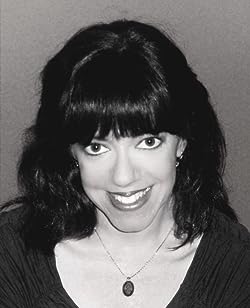 Karen Stivali is a successful author, compulsive baker and chocoholic with a penchant for books, films and fictional British guys. When she's not writing, she could be seen cooking extravagant meals and helping them to relatives and friends, that never seem to mind the excess quantities she proceeds to prepare. She attributes her ability to multitask into the fact that she seldom sleeps, making her more hours every day. Before deciding to write full time Karen was employed as a hand drawn animator, a clinical therapist, also held different food-related jobs which range from waitress to specialty cake manufacturer. Planning elaborate parties and fundraisers occupies what's left of her time and sanity.

Karen has always been fascinated by how people relate to one another therefore she favors novels and movies that feature richly detailed characters and their relationships. In her own writing she likes to explore the dynamics between figures and has a propensity to craft romantic tales filled with sarcasm and hot information. Though she writes both m/f and m/m modern romance, all her stories are love stories with happily ever after endings.

Meant To Be, along with its sequel, Holding On, both produced the Greatest of 2012 record at Literati Literature Lovers and Guilty Pleasures Book testimonials.

Karen's New Adult m/m trilogy MOMENTS IN TIME will soon be releasing in January, March and May of 2015. (Moment Of Impact; Moment Of Truth; Moment Of Clarity)

Karen Stivali has 1 products available for sale in the category of eBooks.