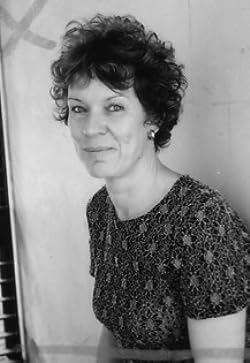 Kate is also Sue Welfare and Gemma Fox... confused? So is Phil, her husband!

Kate Lawson is the pen name of Sue Welfare, British writer of Rom-Com and much, much more apart from

Sue lives and works in bright East Anglian.
Produced on the edge of the Fens Sue is perfectly placed to write about the vagaries of existence in East Anglia.

In between moving house, raising a family, falling in love with all the stunning Phil,singing in a choir, walking the dog, working in the garden, taking endless photographs and cooking Sue/Gemma/Kate is also a scriptwriter, appearing and developing a soap opera for local radio, together with a pantomime for the city where she lives.

Writing as Gemma Fox, Sue was short-listed for the Melissa Nathan Comedy Romance Award in 2006.

Her comedy 'Write Back Home' was a part of this 1999 Channel Four Sitcom Festival.

Most lately Sue has been operating to create'WriteOutLoud a project to assist individuals write in their lives - you will learn more about her, then here:

Kate Lawson has 1 products available for sale in the category of Paid in Kindle Store.