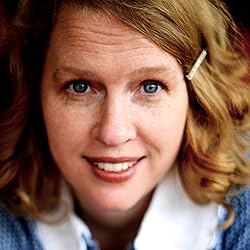 Katherine Center is the author of five snuff comic books about love and family, for instance, Bright Side of Disaster, The Lost Husband, and her newest, Happiness for Beginners.

Her novels and papers have appeared in InStyle, Redbook, People, USA Today, Vanity Fair, The Atlantic, Real Simple, Houstonia, the Dallas Morning News, The Houston Press, and the Houston Chronicle, as well as several anthologies.

#1 NYT Bestselling Author Brené Brown claims of Katherine: "She can compose a falling-down-and-getting-back-up narrative like nobody’therefore business. And she’s also a 5th generation Texan so that there’s always a small emotional pig-wrestling and ass-kicking in her books."

Instant Photographs recently optioned film rights for The Lost Husband, which People calls "A sweet tale about creating the family you want."

Happiness For Beginners is initially in a three-book cope with St. Martin's Griffin. Others go on sale in spring of 2016 and 2017.

People Magazine calls The Bright Side of Disaster, ""cleverly educated and unusually attractive" Library Journal calls Get Lucky a "thoroughly gratifying girlish romp," and Kirkus Reviews likens Everybody Is Beautiful into the 1950s motherhood classic Please Don't Eat the Daisies: "Center's sporty style invites the reader to commiserate, laughing all of the way."

Katherine's books have been showcased at Target and Costco, BookPage appointed her a new author to see the Houston Press named her a Best Ten writer in town. Her books have been published in translation from Germany, the Czech Republic, the Netherlands, Portugal, and Hungary, as well as in the UK. She's won a number of awards for her work, such as the Girls, Inc.. Strong, Smart & Tasty Award, the Writers In The Schools Founders' Award, the St. John's School Maverick Award, and the Vas

Katherine Center has 6 products available for sale in the category of Paid in Kindle Store.