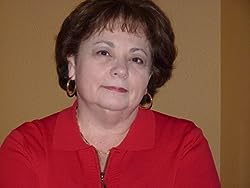 I am an immigrant to Texas in the Top Mid-west, but I moved here from the early eighties so that I think myself a naturalized Texan. Houston is an awesome place to live, exciting and full of life. I'd recommend it to anyone.

I ventured into true crime writing only by accident. I had been operating in Houston City Magazine from the eighties when an intriguing murder happened in the Big Thicket, the expanse of pine forests that surfaced Texas and Louisiana. My editor suggested I pay the circumstance. I did on, I was hooked. I've never looked back.

Since that time, I've composed seven true crime books: "A Warrant to Kill," is about Houston's Kent McGowen case, which of a murderous deputy along with the girl he uttered. Next came "She Wanted It All," on Austin's amazing Celeste Beard case. It is hard to beat on that you spins and turns!

2007 introduced "Die My Love." It's an account of the Piper Rountree instance, that of a Houston lawyer Fred Jablin, and her professor ex-husband. The book is a fascinating, in-depth look in a marriage that ended in a tragic murder.

June 2008 debuted "A Descent into Hell," on Austin's eccentric Colton Pitonyak case. Then, that November, "Evil Beside Her," a rerelease of "The Rapist's Wife," my very first novel, with a brand new title, cover, photographs and an upgrade. In 2010, "Shattered" hit bookstores, due to the dreadful case of Belinda Temple, a young mother killed by her football star husband. And in 2012 the real crime novel was "Deadly Little Secrets," about the sensational Matt Baker case out of Waco.

My foray into fiction started in 2009 with the arrival of a mystery series featuring Texas Ranger Sarah Armstrong, one mother, investigator and profiler. The series began with "Singularity," accompanied by "Blood L

Kathryn Casey has 8 products available for sale in the category of Books.