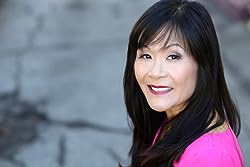 Chef Katie Chin has been born and raised with her own award winning restaurateur mum. Because of schoolgirl, Katie assisted inside the catering tasks of her mother and, afterwards, worked in the restaurants. She employed her mother's first cookbook to provide dinner parties. However, as a time-pressed grownup, Katie adopted the modern cuisine of the peers—restaurant food, takeout and Haagen Dazs. Until her mom intervened: "If you visit a restaurant and sit down, it is two hours!" Her daughter was informed by Leeann. "In that time you can make something healthy! ” Feeling motivated and back in touch with her culinary origins, Katie quit her role as a film and television marketing executive to run her business Happiness Catering. Specializing in Pan-Asian cuisine, Katie catered many celebrity-studded events for entertainment sectors and the fashion.
Katie is author of “300 Best Rice Cooker Recipes” (Robert Rose Publishing) and also co-author of “Everyday Chinese Cooking” (Clarkson Potter). She also co-hosted that the 2003 national PBS cooking show, “Double Happiness,” in conjunction with her mother. Katie has made Many appearances on national television including demos On Specials for Your Food Network and Fine Living as well as The Today Show. She's been featured in Glamour, Family Circle, Cooking Light, Bon Appetit, Self Magazine, Angeleno Magazine, Hampton Magazine, Elle Magazine, Daily Candy, Daily Variety Simple, The Los Angeles Times and Ventura Blvd Magazine. Katie recently functioned as a guest opinion on Food Network’s Iron Chef America and a featured guest on Cooking Channel’s Food(ography) and Good Day New York. She now serves to City of Hope and its Super Foods initiative.
Based in Los Angeles, Katie divides her

Katie Chin has 2 products available for sale in the category of Books.