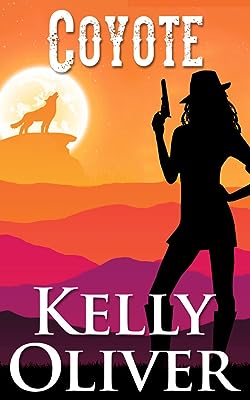 Kelly Oliver is the author of THE JESSICA JAMES COWGIRL PHILOSOPHER MYSTERY books, such as WOLF, COYOTE, along with F.O.X. (2017).

She was born on July 28, 1958 in Spokane Washington, went into University High School in Spokane Valley, graduated from Gonzaga University with honors in 1979 using a dual major in communications and doctrine, and earned her Ph.D. from Northwestern University in philosophy in 1987. She has held teaching positions in different Universities, including George Washington University, University of Texas at Austin, and Stony Brook University. Currently, she's W. Alton Jones Distinguished Professor of Philosophy at Vanderbilt University.

She has published books on topics which range from family, romance, war, and violence to positive action, Hollywood movies, and animal rights.

Her nonfiction work comprises over 100 posts and over twenty books, including: Hunting Girls: Sexual Violence in Your Hunger Games to Campus Rape; Earth and World: Philosophy After the Apollo Missions; Technologies of Life and Death: From Allergic to Capital Punishment; Knock me up, Knock me down: Images of Pregnancy in Hollywood Film; Animal Lessons: How Do They Teach us to be Person; Women as Weapons of War: Iraq, Sex and the Media; The Colonization of Psychic Space: A Psychoanalytic Theory of Oppression; Noir Anxiety: Race, Gender, and Maternity in Film Noir; Witnessing: Beyond Recognition; Subjectivity Without Subjects: From Abject Fathers to Desiring Mothers; Family Values: Subjects Between Nature and Culture; Womanizing Nietzsche: Philosophy's Relation to "the Feminine"; and Reading Kristeva: Unraveling the Double-Bind. She has a few books.

Kelly Oliver has 2 products available for sale in the category of Paid in Kindle Store.