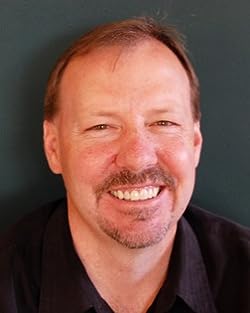 Ken Armstrong is a Pulitzer Prize-winning reporter and Edgar Award-winning Writer who has worked all over the Nation (Colorado, Idaho, California, Alaska, New York, Virginia, Illinois, New Jersey, and Washington), in Newspapers big and small, from the Valley Courier into the Chicago Tribune.

He's been a Nieman Fellow at Harvard and the McGraw Professor of Writing at Princeton. For lifetime achievement he won the John Chancellor Award from Columbia University back in 2009. He now works at The Seattle Times, where he's written exposes about hundreds of also a community's complicity in protecting athletes that are wayward, along with other areas and sealed court documents. In Chicago, he co-wrote an investigation of the death penalty which helped prompt the governor to suspend executions and finally to empty Death Row of the state. Armstrong has won the George Polk Award twice and the Investigative Reporters and Editors Award five times. With co-writer Michael Berens he also won the 2012 Pulitzer Prize for Investigative Reporting for "Methadone and the Politics of Pain," a three-part series published in The Seattle Times. He had been a Pulitzer finalist four occasions, in the categories of company, reporting reporting and investigative coverage. For breaking news coverage, which was awarded to the staff of The Seattle Times for its coverage of the shooting deaths of four police officers he shared in the Pulitzer Prize back in 2010. That same year Armstrong along with also a fellow Seattle Times reporter, Nick Perry, published "Scoreboard, Baby: A Story of College Football, Crime, and Complicity." The book, on a community's collapse and a soccer team's increase, won the Edgar Award for non-fiction.

Ken Armstrong has 2 products available for sale in the category of Paid in Kindle Store.