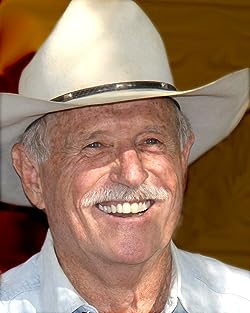 Ken Farmer did not compose his first publication until he was sixty-nine years old. He wonders what the hell took him so long. At age seventy-five…He released #18, FLYNN, Jan. 17, 2017. Plus, he just released the series of The Nations, for pre-order AURALI RED. Actual release set for Aug. 18.
Ken spent thirty years increasing Beefmaster cattle and Quarter horses at Texas and forty-five years as a professional actor (following a stint in the Marine Corps). Those years gave him a backdrop for storytelling…yet as he's been known to say, "I've always been a small bull--t artist, so writing novels kind of came obviously once it occurred to me I could put down my stories on paper. I do not write about outlaws and peace officers...I write about folks.
Ken's writing style has been likened to a combination of Louis L'Amour and Terry C. Johnston having a occasional Hitchcockian spin…today that's a mouthful.
In addition to his love for writing fiction, '' he also enjoys to teach acting, voice-over and writing publications. His favourite saying is: "Simply let the damn story."

Writing is now Ken's second life: he has been a Marine, played collegiate football, turned into a Texas wildcatter, cows and horse rancher, specialist movie and TV celebrity and now...a novelist. Who knew?
Touch: www.kenfarmer-author.net

"Ken is a gorgeous writer. I like everything he writes whether it's all about the old west, similar to this book, or about the contemporary Black Eagle Force. - Israel Drazin TOP 1000 REVIEWER & VINE VOICE.

Ken Farmer has 3 products available for sale in the category of Books.