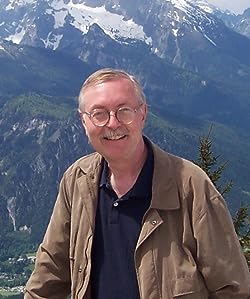 Ken Kreckel writes mysteries and total length historical fiction. Fascinated with a number of history's lesser known aspects, his novels deal with mysteries. After D-day, The Rommel Mission focuses on the surrender of German forces as an Example. His most recent work, Birthright, revolves around the effort to overthrow Churchill at the days of this war. A mystery handling war crimes and the Vatican, the Ardeatine Connection, was released in 2010. A cosy mystery, Rocked by Murder, features.

His short stories have been included in an anthology, '' Foreign Ground, Travelers’ Tales, published by Pronghorn Press in 2004, in addition to collected works by Wyoming Writers Inc.. He's contributed articles to the Mensa Bulletin, The Denver Post, and the Casper Star-Tribune, and his work has won awards from Writer’s Digest and Wyoming Writers Inc.. As an attribute editor of the Historical Novels Review, he's published countless interviews with authors hundreds of testimonials, and features dealing with historical fiction.

As a professional geophysicist who has worked throughout North America and Europe, he's researched the configurations for his work. He resides in Wyoming, where he instructs at Casper College and consults for organizations in the Gas and Oil field and coroporations.

Ken Kreckel has 1 products available for sale in the category of Paid in Kindle Store.