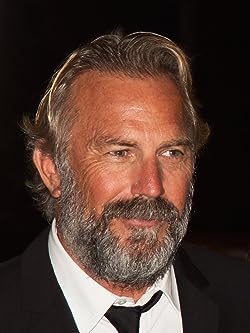 Kevin Michael Costner (born January 18, 1955) is an American actor, film director, performer, producer, and singer. He has won two Academy Awards, three Golden Globe Awards, and yet another Emmy Award, and was nominated for 3 BAFTA (British Academy of Film and Television Arts) awards. In 2013, he was awarded the Honorary César.

Costner's notable roles include Eliot Ness in The Untouchables, Crash Davis in Bull Durham, Ray Kinsella in Field of Dreams, Lt. John J. Dunbar at Dances with Wolves, Jim Garrison in JFK, Robin Hood in Robin Hood: Prince of Thieves, Frank Farmer in The Bodyguard, Roy McAvoy in Tin Cup, Jonathan Kent in the DC Extended Universe. Less well-known were that the science fiction-post-apocalyptic epics Waterworld (1995) and The Postman (1997), the latter having Costner starring, producing and directing.

He also won the Primetime Emmy Award for Outstanding Lead Actor in a Miniseries or a Movie, the Golden Globe Award for Best Actor – Miniseries or Video Film, along with the Screen Actors Guild Award for Outstanding Performance by a Male Actor in a Miniseries or Television Movie for his role as Devil Anse Hatfield at Hatfields & McCoys (2012) and starred in and generated White or Black (2014).
Bio from Wikipedia, the free encyclopedia. Photo by gdcgraphics [CC BY-SA 2.0 (http://creativecommons.org/licenses/by-sa/2.0)], through Wikimedia Commons.

Kevin Costner has 1 products available for sale in the category of Books.