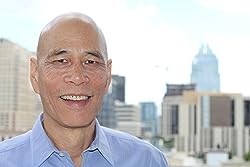 Kelvin H. Chin is the Executive Director and Founder of the Overcoming the Fear of Death Foundation and the nonprofit TurningWithin.org.

Working with crowds on death and dying issues because the 1980's, Kelvin has taught a Lot of seminars for the health sector, has been a state-certified Long Term Care Ombudsman for the California Department of Aging, along with a co-founder of the Heart For Medical Ethics and Immunology.

Bringing greater clarity to his own client's thinking in their personal and business life is something Kelvin has applied throughout his 40-year profession, including teaching meditation worldwide to more than 1,000 people since the 1970's in schools, companies, the U.S. Army and at West Point. CMO functions were formerly held by Kelvin at AmLaw100 law firms, and was a VP for the American Arbitration Association.

Kelvin was born in Boston, raised in Norwood, Massachusetts, and has since lived and operated in 6 nations. He has delivered over 2,000 demonstrations worldwide.
While at Dartmouth College, he studied at the Université de Strasbourg, France. He is a graduate of Dartmouth, Yale Graduate School and Boston College Law School, and is the father of two artistically talented kids.

Kelvin can be contacted at www.OvercomingTheFearOfDeath.org and followed Twitter at @KelvinHChin

Kelvin H. Chin has 1 products available for sale in the category of Books.