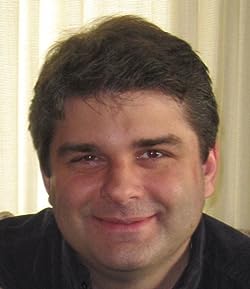 Kevin D. Saunders (www.ksaun.com) is a video game programmer and manufacturer with more than 15 years expertise. He has been blamed on 11 shipped games and have been a vital contributor to 7, with an average review rating of 81%. His achievements include leading the design and production of Shattered Galaxy, which won 4 of 6 awards. This massively multiplayer strategy game won many press awards, including recognition from GameSpot since 2001's Most Complicated Sport and Best Multiplayer Strategy Game. Other matches Kevin has worked on include Star Wars: Knights of the Old Republic 2 and Neverwinter Nights 2 and its two expansions: Mask of Zehir's Betrayer and Storm.

Most recently, Kevin has been the project cause Torment: Tides of Numenera (tormentrpg.com) developed by inXile Entertainment. He led the game's record-breaking Kickstarter effort, which raised over $4M, also managed the team from conception in overdue 2015.

Previously, Kevin worked on serious matches at Alelo, focusing on projects including an iPad instructional social simulation platform for teaching language and Mission to Senegal, an award-winning multiplayer role-playing game for teaching French and Senegalese culture to US Navy sailors. Previous employers include Obsidian Entertainment, Electronic Arts, and Nexon. He has a Bachelor of Science degree in civil and environmental engineering and Master of Engineering degree in environmental technology, both from Cornell University.

Kevin Saunders has 2 products available for sale in the category of Books.

Kevin Saunders is rated 8 out of 10 based on 6 reviews.