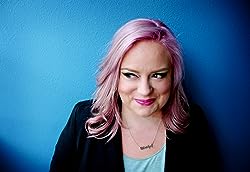 Kristy co-founded the business in 2009 because she's enthusiastic about the manners in which friends, strangers, and organizations abound on the internet. She is a staunch advocate for maintaining social media social.

Kristy’s spent the better portion of the past decade translating the amazing areas of social networking – those embodied from the #Batkid phenomenon which Clever Girls spearheaded – into company principles: notably, that credibility rules, “users” are actually human beings, and also wonderful stories win the day.

An industry leader, Kristy has been instrumental in shaping how manufacturers associate to women online. Prior to launching Clever Girls, she had been an integral part of the first team at BlogHer.com, responsible for ensuring the success of the world's very first and largest women's blogging conventions. (Which means she acquired and delivered a number of the first monetized influencer programs essentially ever.)

Before joining BlogHer.com, Kristy Founded and handled that the Internal Employee Communications team at Walmart.com, the internet division of the retail giant and "Fortune 1" company. Kristy honed her online advertising skills at a boutique press agency in SF, after successive advertising and marketing roles at a strategic consulting firm in NYC.

Kristy lives in Napa, CA with her husband and two young kids, whose births she still live-Tweeted. She likes to believe she's funny.

Kristy Sammis has 1 products available for sale in the category of Books.