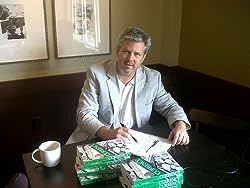 Todd is a graduate of the U.S. Air Force Academy. He has become an aeronautical engineer and also an Air Force pilot. From the Air Force he flew for the 20th Special Operations Squadron which started Desert Storm.

For two decades he had been an worldwide bond trader with expertise in Forex. He has conducted business in more than forty countries.

Todd has a keen understanding of politics and worldwide finance. He's a national security columnist for the Washington Times. He has also contributed in the past.

Todd is the editor-in-chief of Tsarizm.com, a information site about former Soviet Union and Eastern Europe.

Todd divides his time between NYC, DC, and Moscow.

Do not miss a new release! Sign up for monthly book: http://eepurl.com/WJ7Kn

Watch his national security portal in the Washington Times: http://www.washingtontimes.com/news/threat-assessment/

L Todd Wood has 1 products available for sale in the category of Book.