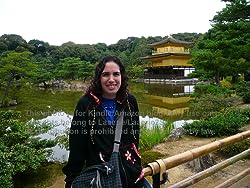 Produced in Mexico, to a Italian-Lebanese family.
Since early youth I had been very interested in narrative making and other art related matters. Had an avid imagination and where others saw common matters I saw chance that most likely I would be the reader of.
Wrote my first proper (and kiddie illustrated) story in the age seven, and from then on accumulated about 20 notebooks filled with stories that were unread; before pc era hit after which gathered even more than that in a document that's termed 'unpublished' in my external hard disk.
At age 16 I finally wrote a 10 page story for a contest (with a typewriter, these aged mechanical items that murdered your palms) and also for the first time someone besides myself read my writing.
Launched writing in English after studying my second bachelor's degree, and now I cannot even recall how to write novels in Spanish!
Despite being an Industrial Designer and also a Kinesiologist, I'm an ESL English teacher battling with learning one of the most troublesome languages in Asia (tip).
Apart from my individual tales, I use 2 co-writers:
Teeta - With whom I Published the 10 volume collection 'Mating Markers' as well as 'Spider's Kiss' and 'Messed Examinations' and many other unpublished (thus far) series.
NamidaYuuki - With whom I have '20+' and 'Throughout Pages,' along with many different stories written but not printed yet.
My other individual (Kindle printed works) are 'Burning Touch,' 'Causality Code,' 'Claim Clause' and ' Wishes Come True.'

Laaerie has 1 products available for sale in the category of Paid in Kindle Store.