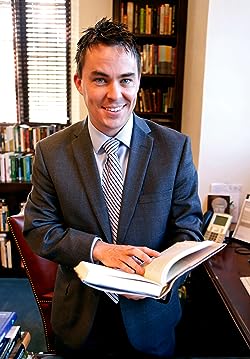 Kyle Harper is a historian of the world and also the Senior Vice President and Provost at his alma mater.

His first book was published by Cambridge University Press as Slavery from the Late Roman World, AD 275-425. The book was awarded the James Henry Breasted Prize from the American Historical Association and the Outstanding Publication Award from the Classical Association of the Middle West and South. His next book, From Shame to Sin: The Christian Armour of Sexual Morality was published by Harvard University Press in 2013 and received the Award for Excellence in Historical Research by the American Academy of Religion. Kyle's next book, The Fate of Rome: Climate, Infection, and the End of an Empire, will emerge in Princeton University Press in the Fall of 2017. The publication asserts that climate change and illness were integral to the Roman Empire's fall.

Back in 2015 Kyle was appointed OU's Senior Vice President and Provost, serving as the Chief Academic Officer of the Norman Campus. Within this role, he provides direction in pursuit of OU’s goals of faculty impact student achievement, and community involvement.

A committed teacher, Kyle provides a array of courses on historical background and early Christianity.

Kyle Harper has 1 products available for sale in the category of Books.