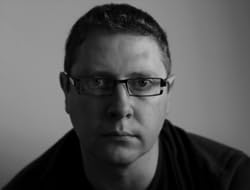 A. D. Davies grew up in Leeds, West Yorkshire. In high school his dream was to be a author of horror books, even though that he became a fervent lover of crime fiction. After a stint in an unsatisfying job, he also attended the University of Leeds where he reached a degree in creative writing. After graduation, he moved to marry the love of their life.

He is well-travelled, his favourite destinations being New Zealand and Vietnam, which has impacted his writing tremendously (as seen in his book The Dead and the Missing). For now, however, globe-trotting is shooting a back-seat to raising both children but he hopes to one day combine all three , and writing.

He now resides in Staffordshire, UK, with his wife and 2 children.

A. D. Davies has 1 products available for sale in the category of Free in Kindle Store.