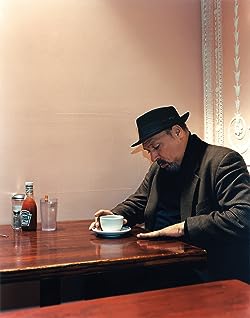 August Wilson (1945–2005) authored Gem of the Ocean, Joe Turner’s Come and Gone, Ma Rainey’s Black Bottom, The Piano Lesson, Seven Guitars, Fences, Two Trains Running, Jitney, King Hedley II and Radio Golf. These works explore the heritage and experience of African Americans, decade by decade, over the course of the twentieth century. Mr. Wilson’s plays are produced in regional theatres across the country, on Broadway and around the globe. Back in 2003, Mr. Wilson made his professional stage debut in his big-screen series How I Learned What I Learned.
Mr. Wilson’s work garnered many awards, including the Pulitzer Prize for Fences (1987) and The Piano Lesson (1990); a Tony Award for Fences; Great Britain’s Olivier Award for Jitney; along with eight New York Drama Critics Circle awards for Ma Rainey’s Black Bottom, Fences, Joe Turner’s Come and Gone, The Piano Lesson, Two Trains Running, Seven Guitars, Jitney and Radio Golf. Moreover, the cast recording of Ma Rainey’s Black Bottom obtained a 1985 Grammy Award, and Mr. Wilson acquired a 1995 Emmy Award nomination for his screenplay adaptation of The Piano Lesson. Mr. Wilson’s functions include the 1 act plays: The Janitor, Recycle, The Coldest Day of the Year, Malcolm X, The Homecoming and the musical satire Black Bart and the Sacred Hills.
Mr. Wilson received several fellowships and awards, including Rockefeller and Guggenheim fellowships in playwriting, the Whiting Writers Award and the 2003 Heinz Award. He was given a 1999 National Humanities Medal by the President of the USA, also received a number of honorary degrees from universities and colleges, in addition to the sole substantial school diploma issued by the Carnegie Library of Pittsburgh.
He was also an alumnus of New Dramatists, a member of the American Academy of Arts and Sciences, a 1995 inductee into the American Academy of Arts

August Wilson has 3 products available for sale in the category of Books.