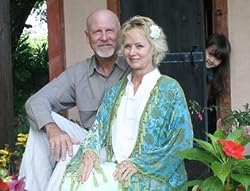 AUDREY WOOD is your author of over thirty books for children, including the bestselling The Napping House, Piggies Peg, and most lately, Piggy Pie Po, that she collaborated on together with her husband.
She lives in Hawaii.

My first memories are of Sarasota, Florida in the winter quarters of the Ringling Brothers' Circus. I remember it and was one year old. By repainting circus murals, my father, an art student, had been making extra income.

The men and women who live in the circus were my friends. I rocked from the arms and was bounced at the knee of the man in the world. My were also a family of people who lived in a trailer next to ours. They tAudrey2old an elephant called Elder, me tales together: Chi Chi the Chimpanzee, also Gargantua that the Gorilla.

My mum says I was a fast learner, always in advance of my era. My father taught me to swim before I could walk. I walked at seven months and increased more than a seven foot chain link fence when I was one year-old. Everybody in the circus believed that I was going to be a trapeze artist.

When I was two, I went together with my parents to San Miguel de Allende, Mexico, where they studied artwork. Spanish became my second language. I fell in love and read through age three because my mom read to me every day.

My parents had two more girls, which left me the oldest sister. All of us were trained in the arts: music, dance, painting, and drama. We needed a point in our cellar, complete with light-bulb floodlights and a red velvet curtain. Admission for the plays we made was a bargain--twenty five cents.

When I was in the first grade, I wanted to develop to be an artist like my dad. At the fourth grade, I decided I would love to be a children's book writer. As

Audrey Wood has 3 products available for sale in the category of Books.