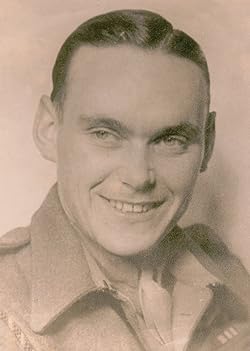 Alexander Crombie Cordiner, known as Crombie to family and friends, was created in Stirlingbrae at Aberdeenshire, Scotland at 1924. Like most of his buddies, he had been called up for army service in World War II at the age of 18. He left the rural tranquillity of the childhood home in Stirlingbrae in ancient 1943 for the horror of the battlefield. Crombie served with the 9th Battalion Royal Tank Regiment in France, Belgium, the Netherlands, and Germany.

"One Life to Live" is now Crombie's autobiography covering his early years from 1924, through World War II, right up to his marriage in 1955.

Other wartime memories from Crombie Cordiner:

"A Tale of Five Lads" which remembers his childhood friends and what happened to them and their families during the war.

"The Last Act: March - December 1945" which is Crombie's account of the final months of World War II out of his perspective.

In "Memories of a Nobody", Crombie remembers his early days at the North East of Scotland.

A. C. Cordiner has 1 products available for sale in the category of .