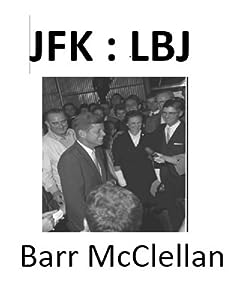 Foundations:
I'm an attorney (retired), author (best-seller) and counsellor (firm, politics), born 1939 from Cuero, TX (AKA Rawhide). My first years were at the oilfields of LA TX and WY where my dad served the war effort looking for petroleum. Back in 1944, the family moved to Maracaibo, Venezuela where I had been enrolled within a “advanced” basic college, spent summers at the swamps with snakes, alligators along with the consistently dangerous “matalones,” also learned Spanish. I was raised using four sisters. I lived an airline accident at Mexico City in 1946 – and had an out-of-body adventure. On arriving to San Antonio at 1950, I ended Jefferson HS in 1957, was class president also was honored to deliver the graduation speech

At the University of Texas in Austin, I won the essay competitions for short stories and for politics, was a member of the Friars Society and participated in the first Chilean Exchange program. I have yet to be compensated, although some Chilenos accused me of being CIA. I graduated with honors from 1961 (with special honors in international research) and also finished law school in 1964, receiving the next greatest score on the bar exams.

With a growing family, I took a position with the FPC at Washington. Official tasks included natural gas regulation (I was quoted with approval from the Supreme Court about the problems setting prices for products). Advising the FPC included licensing pipelines and final several dams. Nuclear jobs were considered. The Northeast Blackout occurred and has been reviewed. I finished a comprehensive education into government and electricity law. I learned lobbying, the important officials to get, and getting about the Capitol and the District of Columbia.

The Power Years - The Innermost Sanctums:
In 19

Barr McClellan has 1 products available for sale in the category of Books.