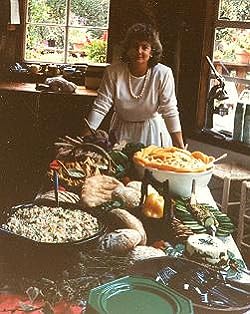 She is a contributor to dozens of nationwide and online cooking & lifestyle magazines, such as Food and Wine, Rachel Ray Magazine, Prevention, Veggie Life, Working Woman, Family Circle, along with Cooking.com, as well as being a sought after radio interviewee speaking on baking soda, and entertaining.

Beth Hensperger has 4 products available for sale in the category of Books.