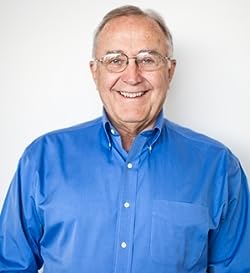 Since co-founder of Trueface in 1995, Bill’s intellect has been penned during The Cure, The Ascent of a Leader, Bo’s Café, Behind The Mask, and High Trust Cultures.

Bill’s gifts and expertise also shine as he helps leaders establish confidence in all their crucial relationships and nurtures grace-based surroundings. CEO’s global companies to heads of mission universities and organizations have repeatedly discovered a lifelong gratitude for spending some time with Bill.

Before joining Trueface, Bill founded and pastored the powerful faith-community, Open Door Fellowship, for more than 20 decades. While there he developed a successful character development training regime, which nurtured visionaries such as Kit Danley, creator of Neighborhood Ministries.

In his spare time, Bill can be found fishing, golfing, crafting furniture for his family in his own woodshop, and cultivating vegetables, fruits, and vegetables in his abundant backyard garden. Bill and his wife, Grace have three grown kids, Wende married to Jim, Bill married to Charlotte, and Joy married to Joe, and nine grandchildren.

Bill Thrall has 1 products available for sale in the category of Books.