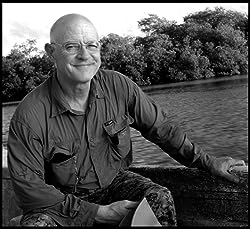 Bill Heavey was created in Birmingham, Alabama, and so that his mother would not need to bear the shame of getting had a Yankee kid. The first article he ever published as about teaching children to write poems. This was probably the high point of his profession. He transitioned into travel writing, profiles and eventually into first person narrative.

He's an editor-at-large for Field & Stream, remains not precisely sure what that means, but figures it is better than the editor-behind-bars. He also writes on the back page column, "A Sportsman's Life."

Bill is the author of "If You Didn't Bring Jerky, What Can I Only Eat?" , a set of his Field & Stream perform, and "It Is Only Slow Food Until You Attempt to Eat It: Misadventures of a Suburban Hunter-Gatherer." In which he attempts to close the space between himself and what he eats, earning a lot of precious - and usually accidental, also hilarious -- courses on the way.
("Edible," for instance, is very different from "tasty." Additionally it's harder to kill a shrub using a hoe than you would believe).

His latest book is "You Are Not Lost Should You Can Still See the Truck: The Further Adventures of America's Everyman Outdoorsman." This group spans Bill's career, from early musings about taking dance lessons and why guys hate hunting, and throughout the years chronicled in tracks his development both as a hunter and a daddy.

Bill Heavey has 6 products available for sale in the category of Books.

Try It For Days While
Hunting You