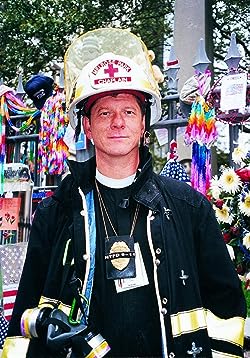 On September 11, 2001, terrorists rammed fully fueled commercial airliners into the World Trade Center in New York City destroying the Twin Towers and killing nearly 3000 people. Bob Ossler, then Chicago firefighter, paramedic, also ordained chaplain reacted to the call to help with pastoral care for friends and families of sufferers, search and recovery workers, construction workers, and volunteers. He spent approximately 45 days at Ground Zero, in blocks of a week or two at a time, if he could be away from his normal occupation.

On the fifteenth anniversary of the 9-11, Ossler's Triumph Over Terror clarifies the intimate interactions he had with the victims’ families, the rescue and restoration, workersand emergency service workers (firefighters, polices, EMTs, and many others at Ground Zero; the way he coped with significant stressors himself in the years after the attacks ; and how God helped him keep a business foundation through his struggles.

However, Ossler didn’t stop now. EMTs provide for medical needs at fires, but his observations of firefighters in the office confirmed the need for spiritual aid for firefighters and sufferers equally. He joined the Chicago Fire Department, earned his certificate and then completed firefighter training. Through the Years, seventeen in all, Ossler enr

Bob Ossler has 2 products available for sale in the category of Books.