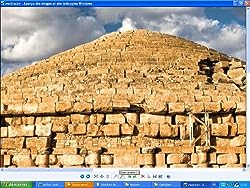 Bob Idjennaden is a princess living on this beautiful island that is Ireland for several decades now. He's curious about lots of things but it's in the area of early history that his enthusiasm is the strongest and is now pushing him to write.

Though this young guy is a part North African and also a history enthusiast, it required the reading of a book on the archaeology of this Tassili N'Ajjer (plateau of Southern Algeria) to activate a fascination with the early heritage of Africa. Composed by M. Hachid, it indicated that many amazing civilizations have existed on the continent also that The Sahara wasn't always the desert which most of us understand.

Bob is enthusiastic about whatever written about the early civilisations of Africa, including the Kingdom of Numidia, the Garamantes, the Maures, the Gaetulians... and this led him into fulfilling many experts on these cultures.

Following one such meeting, he decided to arrange a lecture about the African culture of Numidia, which was held in Brussels, Belgium in 2011. This was the first time that this topic was addressed in that nation and has been met with such success and enthusiasm that Bob decided to start writing on the topic to reach a broader audience.

Other novels on cultures which have now disappeared will follow shortly!

Bob Idjennaden has 1 products available for sale in the category of Paid in Kindle Store.

Bob Idjennaden is rated 8 out of 10 based on 4 reviews.