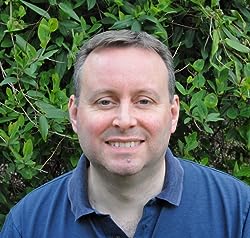 Adrian G Hilder was created in 1970 at Lincolnshire, UK to an English father and a Scottish mother and grew up as a kid of the Royal Air Force. Moving house every few years together with his parents (and after brother) had been the norm and began after he was four months old.
Adrian has lived on several RAF bases in the UK and Germany, and that there was a time after he had spent his life in Germany than he had the UK.
His early years in continental Europe meant many family vacations immersed in the enchanting beauty of Bavaria, the Swiss and Austrian Alps. These locations inspire some configurations and even occasions in their own tales.

Today, Adrian lives in Hampshire, UK with his wife and three boys only a couple miles away from where Jane Austen composed a number of her works. As a teenager, Adrian had two great passions: fantasy stories and pc programming.
In October 2013, with worked in the IT industry since 1991, Adrian chose the time to understand his long-held ambition to write a fantasy story was long overdue. His debut narrative, The General’s Legacy, is that the end result of combining everything he's learned so far about producing fast paced stories that are dramatic, along with what his imagination was brewing for twenty-eight years.

Adrian G Hilder has 1 products available for sale in the category of Paid in Kindle Store.