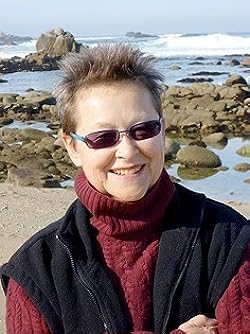 Adrienne Mayor @amayor is a research scholar at the History and Classics and Philosophy of Science and Technology Program at Stanford. Her work is often featured on NPR and BBC, Discovery and History TV stations, along with other social media, such as the New York Times and National Geographic, as well as her novels are translated into Spanish, Japanese, Chinese, and Korean, French, Polish, Turkish, and Italian, German, and Greek. In college during the Vietnam War, she obtained special permission to take ROTC courses in the history of war; 20 decades after she began writing articles for "MHQ: The Quarterly Journal of Military History." Mayor is particularly curious in the foundation of science (the foundation of human fascination) and also she investigates natural knowledge embedded in classcial Greek and Roman literature and other "pre-scientific" myths and oral traditions.

"The Amazons: Lives and Legends of Warrior Women round the Ancient World" (2014) is the end result of Mayor's long interest in the realities behind legends, myths, and historical historic accounts of women warriors. "The Poison King: The Life and Legend of Mithridates" is the first full biography at half a century of one of Rome's mysterious enemies as well as the world's very first experimental toxicologist. "The Poison King" was a finalist for the 2009 National Book Award, nonfiction and won high honors in Biography in the Independent Book Publishers Awards, 2010.

Mayor's two books on pre-Darwinian fossil traditions in ancient antiquity and in Native America ("The First Fossil Hunters" and "Fossil Legends of the First Americans") opened new windows in the emerging field of Geomythology. "First Fossil Hunters" is featured in the popular History Channel series "Ancient Monster Hunters," roughly Mayor's discovery of the links between ancient observations of dinosaur fossils and the gold-

Adrienne Mayor has 2 products available for sale in the category of Books.