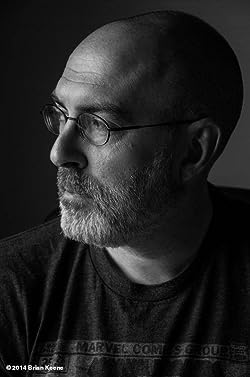 BRIAN KEENE is the author of over forty novels from crime the horror, and dark fantasy genres. His 2003 novel, The Growing is often credited (together with Robert Kirkman’s The Walking Dead comedian and Danny Boyle’s 28 Days Later movie) with uplifting pop culture’s present interest in zombies. Keene’ novels have been translated into German, Spanish, Polish, Italian, French, Spartan, and more. In addition to his own original work, Keene has composed for networking properties like Superman, The X-Files Masters of the Universe, along with Doctor Who.

A number of Keene’s books have been created for movie, including Ghoul, The Ties That Bind, and Quick Zombies Suck. A lot more are in-development or below choice.

Keene’s work has been commended in such varied places as The New York Times, The History Channel, The Howard Stern Show, CNN.com, Publisher’s Weekly, Media Bistro, Fangoria Magazine, and Rue Morgue Magazine. He has won a lot of awards and honors, including a World Horror Grand Master awardwinning, two Bram Stoker awards, along with a recognition from Whiteman A.F.B. (residence of this B-2 Stealth Bomber) because of his outreach into U.S. troops serving both overseas and overseas. A prolific public speaker, Keene has given talks at conferences, college campuses, theaters, and inside Central Intelligence Agency headquarters in Langley, VA..

Brian Keene has 7 products available for sale in the category of Books.