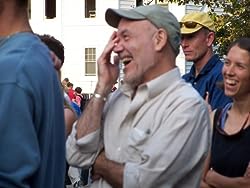 Bruce Coville was created in Syracuse, New York, in 1950. His family lived at plantation land, about twenty miles north of Syracuse. Bruce grew up around the corner from his grandparents' dairy farm, in which he invested a excellent deal of time for a youngster, dodging chores and cows to the best of his talent. As a young reader he loved Mary Poppins and Dr. Dolittle, and still has fond memories of rising before the remainder of his family he could huddle in a seat and browse THE VOYAGES OF DR. DOLITTLE. In addition, he read plenty of things that people consider junk (Nancy Drew, the Hardy Boys, Tom Swift, along with zillions of comic books). His sole regret is that the time he spent viewing television, when he could have been studying instead. (A brain is a terrible thing to waste!)

His original publication, THE FOOLISH GIANT, was published in 1978. It was exemplified by his wife, Katherine, whom he had married in 1969. This was followed in 1979 from SARAH'S UNICORN, also exemplified by Katherine. Following a long period of working separately, the Covilles began collaborating again with SPACE BRAT along with GOBLINS IN THE CASTLE, both published in 1992.

Before getting published Bruce earned his living as a toymaker, a gravedigger, a cookware salesman, an assembly line worker, and finally as an elementary school teacher (second and fourth grades). He left teaching from 1981 to devote himself to becoming a complete time writer - though it took another five years to achieve that objective!)

Bruce has released over 100 publications, that have appeared in over a dozen countries around the globe and sold more than seventeen million copies. One of his most popular names are MY TEACHER IS AN ALIEN, INTO THE LAND OF THE UNICORNS, and THE MONSTER'S RING. In 2001 he set Full Cast Audio, an audiobook firm dedicated to creating unabridged, complete cast records of the best in children's and young adult literature.

Bruce Coville has 7 products available for sale in the category of Books.

My Teacher Is An Alien