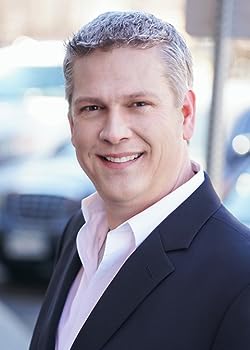 Bryan Armentrout grew up in the wilds of Wyoming. Few people out there, so it gave him lots of time to ponder the nature of the entire world he found himself.

When he had been younger, he wished to be a chef but has since gone on to become what's called a Corporate Entrepreneur. This skill set allows him to help companies interrupt their status quo and reconstruct with the procedures in place. He still loves to cook.

Bryan dropped into food quality confidence by answering an advertisement in the paper to get a microbiologist and began his climb into Vice President. He had responsibility over two branches over a multibillion dollar dairy company.

He has the honour of serving as the Vice Chair for the Safe Quality Foods Technical Advisory Council, a Significant international food standard. When he could, in addition, he helps out with food security and risk mitigation plans.

He is very proud of the people he's worked with who have since gone on to bigger and better things. They make it all worthwhile.

Bryan is the owner of The Food Leadership Group, who concentrate in food risk control and meaningful excellent systems.

He is married and has the great fortune to spend most of this time in Colorado with his wife and their dog. He can be reached at bryan@newmanagermindset.com, Facebook or LinkedIn.

Bryan Armentrout has 1 products available for sale in the category of Books.