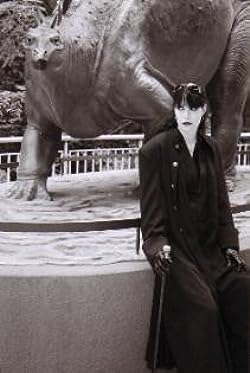 Caitlin R. Kiernan was born near Dublin, Ireland, but has spent most of her life in the southeastern United States. In college, she studied zoology, geology, and palaeontology, also was used as a vertebrate palaeontologist and college-level Science teacher. The results of her scientific research have been published in the JOURNAL OF VERTEBRATE PALAEONTOLOGY, THE JOURNAL OF PALAEONTOLOGY and so forth. Back in 1992, she started writing her first novel, THE FIVE OF CUPS (it remained unpublished until 2003). Her first published novel, SILK (1998), made her two awards and praise from critics and such luminaries as Neil Gaiman, Clive Barker, Peter Straub, and Poppy Z. Brite. Her next novel, THRESHOLD (2001), has been an award-winner, and since then she has composed LOW RED MOON (2003), MURDER OF ANGELS (2004), DAUGHTER OF HOUNDS (2007), as well as coming, THE RED TREE. She is a prolific short fiction author, along with her award-winning stories have been gathered in TALES OF PAIN AND WONDER (2000), WRONG THINGS (with Poppy Z. Brite; 2001), FROM WEIRD AND DISTANT SHORES (2002), along with TO CHARLES FORT, WITH LOVE (2005), ALABASTER (2006), FROG TOES AND TENTACLES (2005), TALES FROM THE WOEFUL PLATYPUS (2007), and, most lately, the sf series, A IS FOR ALIEN (2009). She's also scripted comics for DC/Vertigo, including THE DREAMING ('97-'01), THE GIRL WHO WOULD BE DEATH ('98), along with BAST: ' ETERNITY GAME ('03). Her short sf book THE DRY SALVAGES was published in 2004, and has published a lot of chapbooks as 2000. Caitlin also fronted the goth-rock band Death's Little Sister in 1996-1997, after skinned a lion, and enjoys sushi. She resides in Providence, RI with her spouse, Kathryn, and her two cats, both Hubero along with Smeagol. Caitlin is represented by Writer's House (NYC) along with United Talent Agency (LA).

Caitlin R. Kiernan has 2 products available for sale in the category of Books.